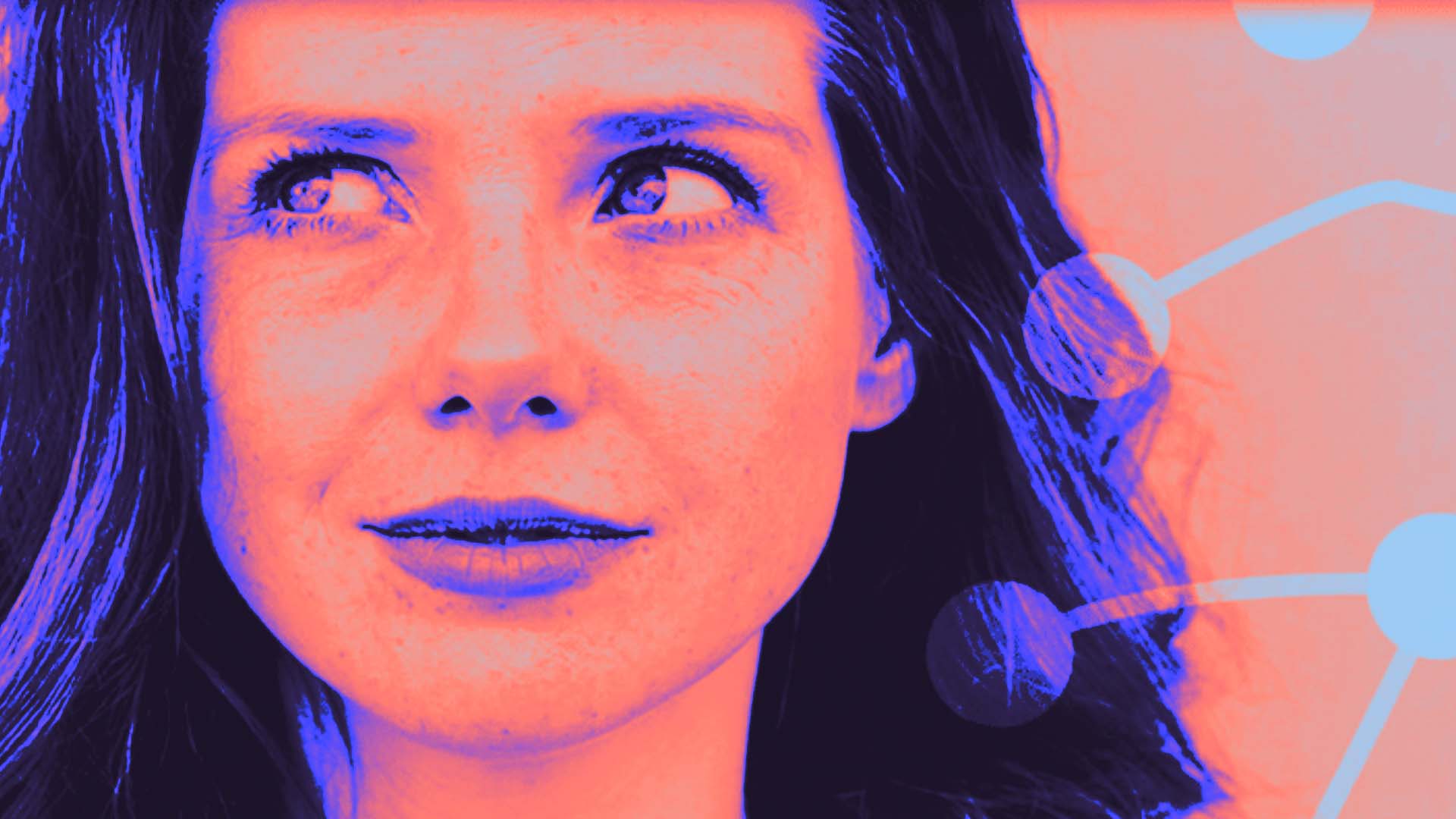 Do Bitmoji's Have a Brand of Choice, Remember When Instagram Added a Shopping Tab, Walmart to Join the Battle of the Tech Giants? Read these stories and more in this edition of the top marketing stories you won't want to miss!

In the biggest Quick Service Restaurant partnership with an esports company to date, FaZe Clan and McDonald's are on a quest to promote racial inclusivity in the gaming world.

Gaming has long been grounds for toxic lobbies filled with hate speech. The partnership between FaZe Clan and McDonald's comes amid efforts by both to try and rebuild their Diversity and Inclusivity (D&I) fronts.

In May, a McDonald's announcement that it would double investments in diverse media organizations came the same day that a lawsuit alleged widespread racism and at the company.

Thus, while partnerships with social media influencers have proven successful in the past for McDonald's, questions remain about whether this newest partnership is just mere pandering.

Do Bitmoji's Have a Brand of Choice?

American Eagle now has digital clothing... for your Bitmoji. In its latest appeal to its younger audience and advertising its new back-to-school apparel, AE is reaching Gen Z where they are.

It is a smart move given that Snapchat has recently updated the ability of users to give Bitmojis new facial expressions and show their avatars in larger live-appearing ways.

But it's not the only move that AE is using to advertise to its younger audience. Along with the new attire for Bitmojis, AE is also testing out a new augmented reality format where shoppers can try on select looks with the front-facing camera on Snapchat.

While the digital shift of retail has seemed imminent for a while, it appears to have started to materialize and is likely to revolutionize retail advertisement.

The Next Step In Digital Acquisition: Automation

Customer acquisition is long behind on the digital marketing disruption that has enveloped the last decade and a half. And it shows. Marketers are using tactics that are decades old and, as a result, are losing out big time on potential demand.

There is a lot of data available to your company. It is impossible for humans to digest all of it and analyze it effectively while optimizing their time and energy.

That's why you need to automate your data analysis. There are deep learning tools available in the marketplace currently that allow your company's data to be read and analyzed almost instantly. But not only that, every new purchase, click, or other measurable outcome, is taken into account in the algorithm before the attribution window passes. Can your team do that?

How this Team Built a Brand in the Deep End

Releasing a new sports team is difficult enough-- getting buy-in from the local community, selling merchandise, obtaining players and coaches-- never mind during a pandemic. With the release of the NHL's newest hockey team, the Seattle Kraken, the marketing team had unusual challenges to confront.

With social conflicts taking the front seat, they had to calculate when to step in, when to stay silent, and how not to appear opportunistic. With an autonomous zone created by protesters, the Kraken took steps such as donating to local homeless and food assistance programs around its arena. The Kraken also set up vaccination clinics and posted public health measures on their social media.

With a highly controlled brand rollout, and its meticulous decision-making during the pandemic, the team sold the most merchandise of any expansion team in NHL history.

Instagram began testing ads in its Shop tab on August 9th in its newest bid to expand its eCommerce capabilities. It revises what was an abnormally difficult process– requiring users to follow the brand in order to view shoppable posts or stories.

The ads appear as tiles in the app, guiding users to click on items to learn more about the brand. Initial testing of this new service is being limited to select US brands including luggage retailer Away, pet brand Boo Oh, Clare Paint, and Deux and Donni Davy.

The move is the latest show that online shopping is only heating up for mobile-facing social media apps. It also comes amid Instagram parent company Facebook's reported 56% year-over-year rise in ad revenue.

Walmart to Join the Battle of the Tech Giants?

Outspending Amazon and Integrating Its Channels

Walmart has long been a major retail competitor to tech giant Amazon. Largely one of the few businesses Amazon has yet to squeeze out of existence, Walmart is taking Amazon head-on now outspending its competitor by 6% on digital, TV, and print ads.

In upholding its competitive edge, Walmart held a major bidding application to replace its longtime media agency WPP's Haworth. Publicis, in a major win, was selected to join the roster of Walmart's already multiple agencies.

The partnership is a linkage between the creative work that Walmart already does with Publicis and its media capabilities that they look to build out an integrated omnichannel experience with.

The Move to Digital Payment, However, is  Driven by Customers

Customers' trends and behaviors are shifting in every aspect imaginable and Wingstop isn't missing the opportunity. With over 65% of Wingstop's overall revenue coming from digital sales (i.e. its mobile app or DoorDash), the company is looking to accelerate the transition and achieve 100% digital sales, per a press release.

As part of making IT and marketing functions work in tandem, the company is also shifting its executive team adding a chief digital and technology officer, a growth officer, and a senior vice president of digital marketing.

About 93% of businesses agree that customers will spend more money on a brand that they feel an emotional connection to. However, when push comes to shove a staggering 56% of businesses admit to relying entirely on big data for their brand strategy.

While some companies claim not to have enough time to do outreach, receive feedback, and analyze it, they can't afford not to. 60% of loyal customers use similar language when describing their favorite brands and their family (e.g. love, adore, happy).

The traditional survey might be enough for your company, but if you're looking to go further you need to have those direct conversations with customers. Have your product team set up a phone or Zoom call and discuss what did and didn't go well. Understand your customers.

Brands like Dunkin' and Starbucks have been rolling out their seasonal promotion of Pumpkin flavored products earlier and earlier each year. And a growing crowd of millennials and zoomers are here for it.

An increase in those who think that the flavor should be a year-round affair (40%) still doesn't outweigh those who don't (45%).

Regardless of feelings, you can expect the promotions earlier each year.

Would you try this new Dew?

Starting on August 31, Mountain Dew and Flamin' Hot Cheeto will be rolling out their collaborated beverage that combines both of their iconic flavors. The taste: "[a] unique blend of spicy and classic sweet citrus flavor."

As other companies are expanding into both of the brands' respective markets, Mountain Dew and Flamin' Hot Cheetos are vying to stay relevant. Both of their incredibly loyal fan bases will be able to purchase the collab drink on Mountain Dew's online store.

The new collab comes as there appears to be an increase in demand for Heat. Instacart released a report showing that deliveries for heat (spicy, hot) flavored products grew by 42% over the past year.

Creators and users show the power of public opinion

Only Fans was planning on banning sexually explicit content from its platform starting in October. But after an immense amount of outcry from users and activists, it has reversed course.

Its creators and advocates for sex workers are calling the decision a major win. For many in the sex work industry, especially during the pandemic, Only Fans has been a lifeline.

There are skeptics surrounding the decision, though. With many other platforms popping up after the initial announcement to ban the explicit content, it seems that having skin in this game was too good to leave behind for Only Fans.

Only Fans says that over 130 million users and 2 million creators have collectively earned $5 billion dollars from the platform.

A Tic Tac Went to Space to Drive Engagement

In its latest bid to build notoriety and drive discussion around its brand, Tic Tac sent a vessel in a capsule-like shape to outer space for about 175 minutes on August 4th.

The stunt comes after fans on social media platforms started describing a UFO-appearing object that the US military released footage of last month as 'Tic Tac'.

Now, as a continuation of its newest marketing campaign around the UFO theme, Tic Tac is giving away the 100 packs of Tic Tacs that went to space to followers who share their videos on social media to spread awareness about their ploy.

Garnering attention around it has proved difficult thus far for the company with recent events in Afghanistan taking precedence, but the brand is definitely headed in the right direction tapping into its market's current interests. 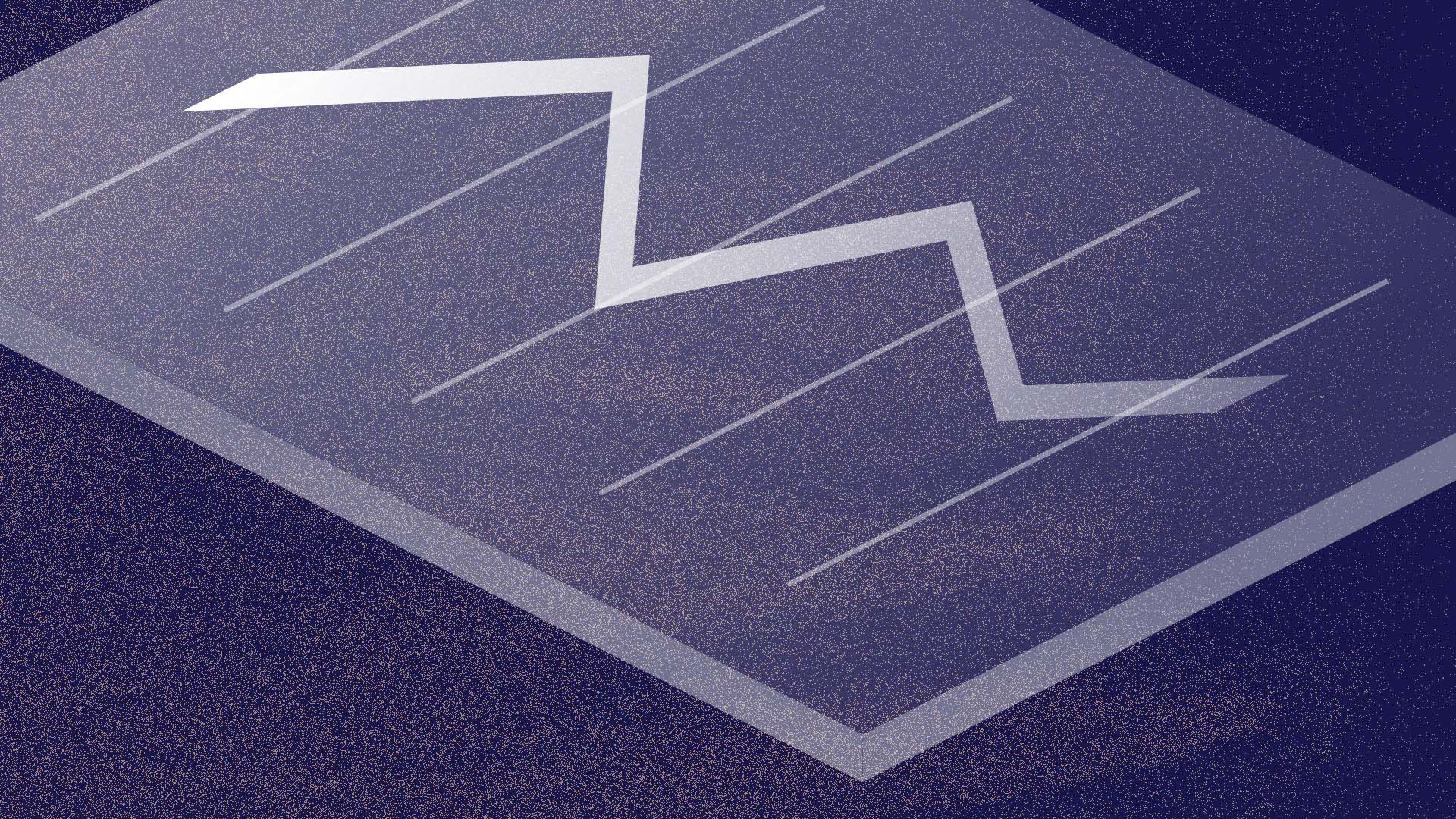 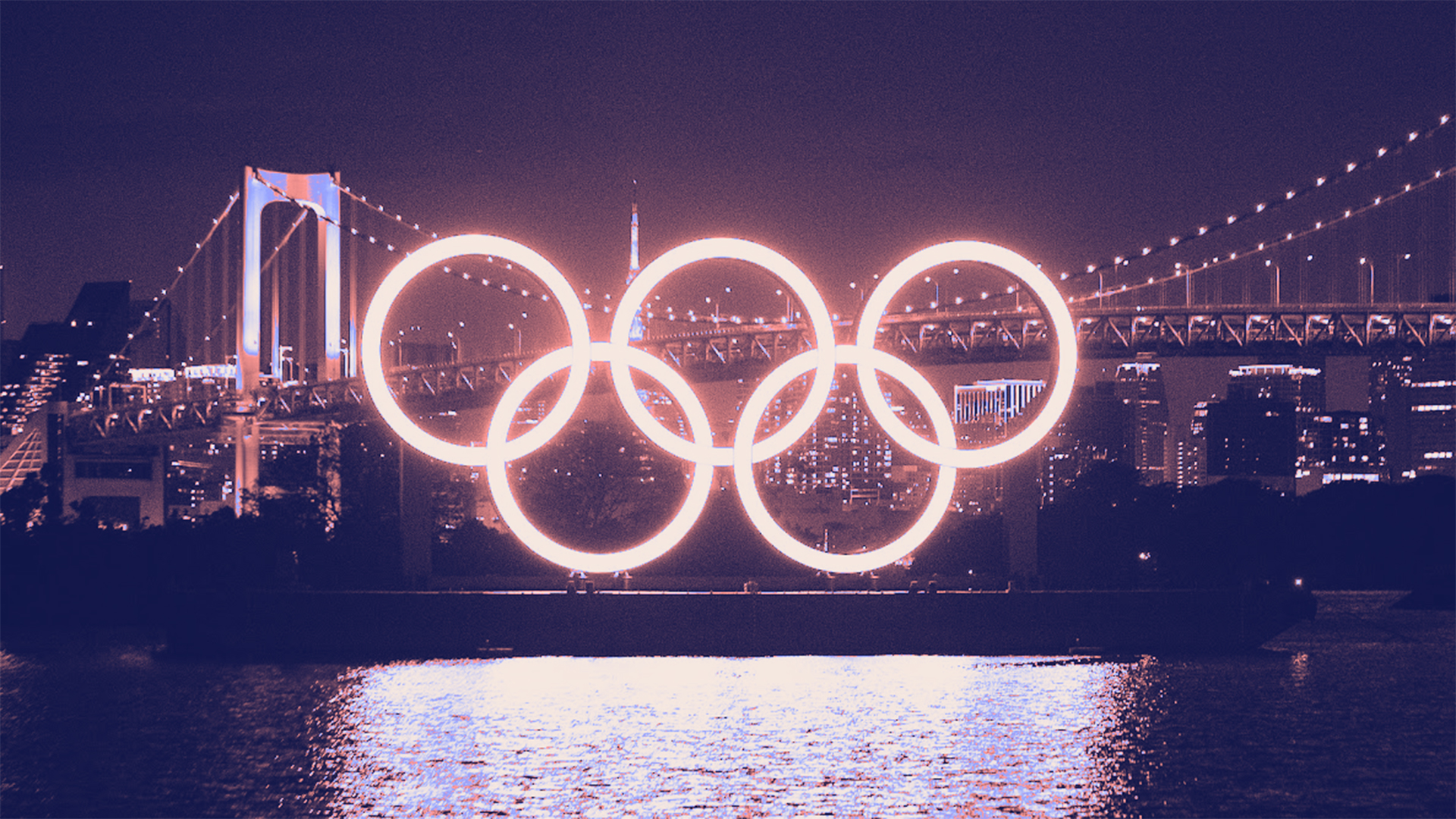 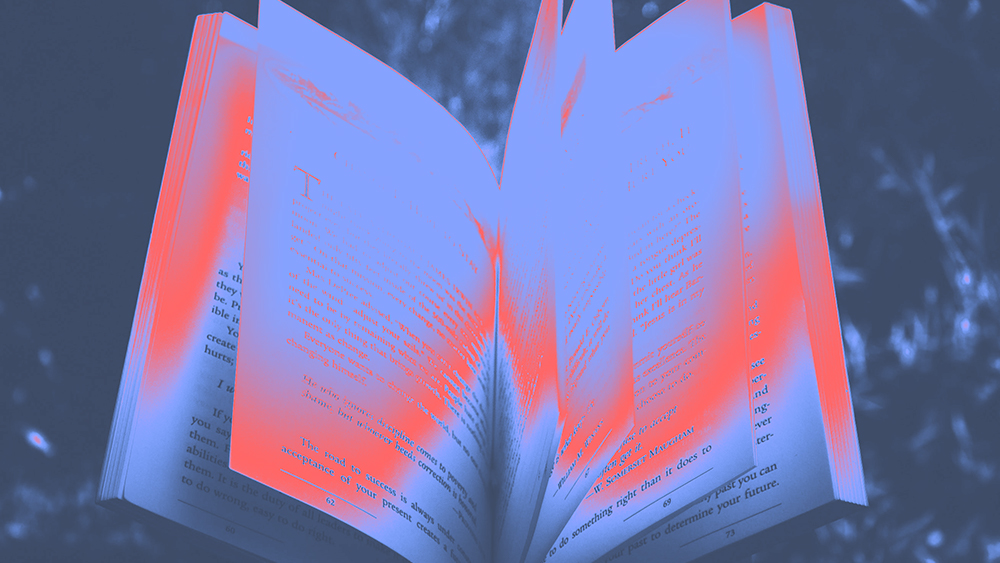 How to Automate Demand for B2B Brands with Storytelling 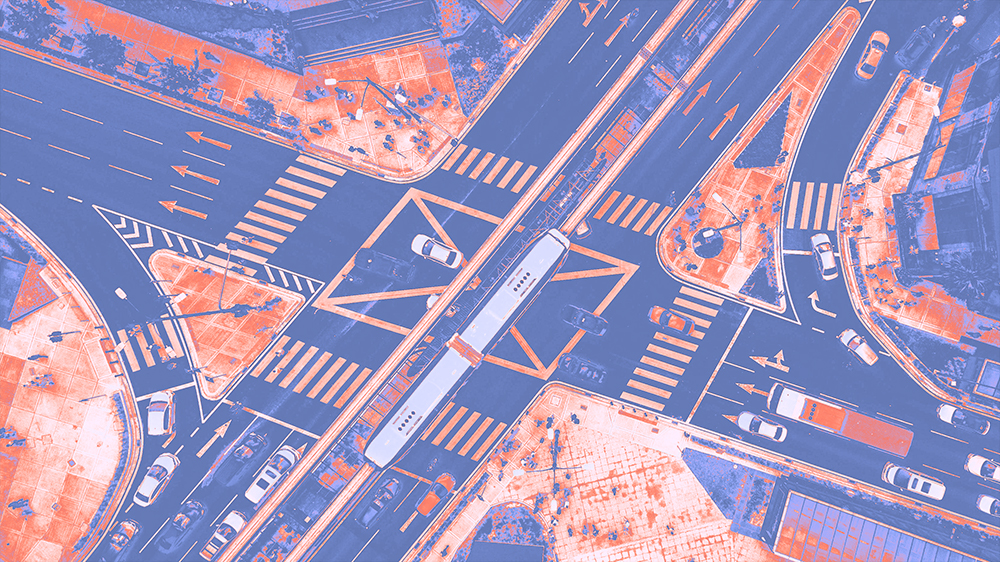 3 Key Areas for Sustainable Growth After An Investment Round 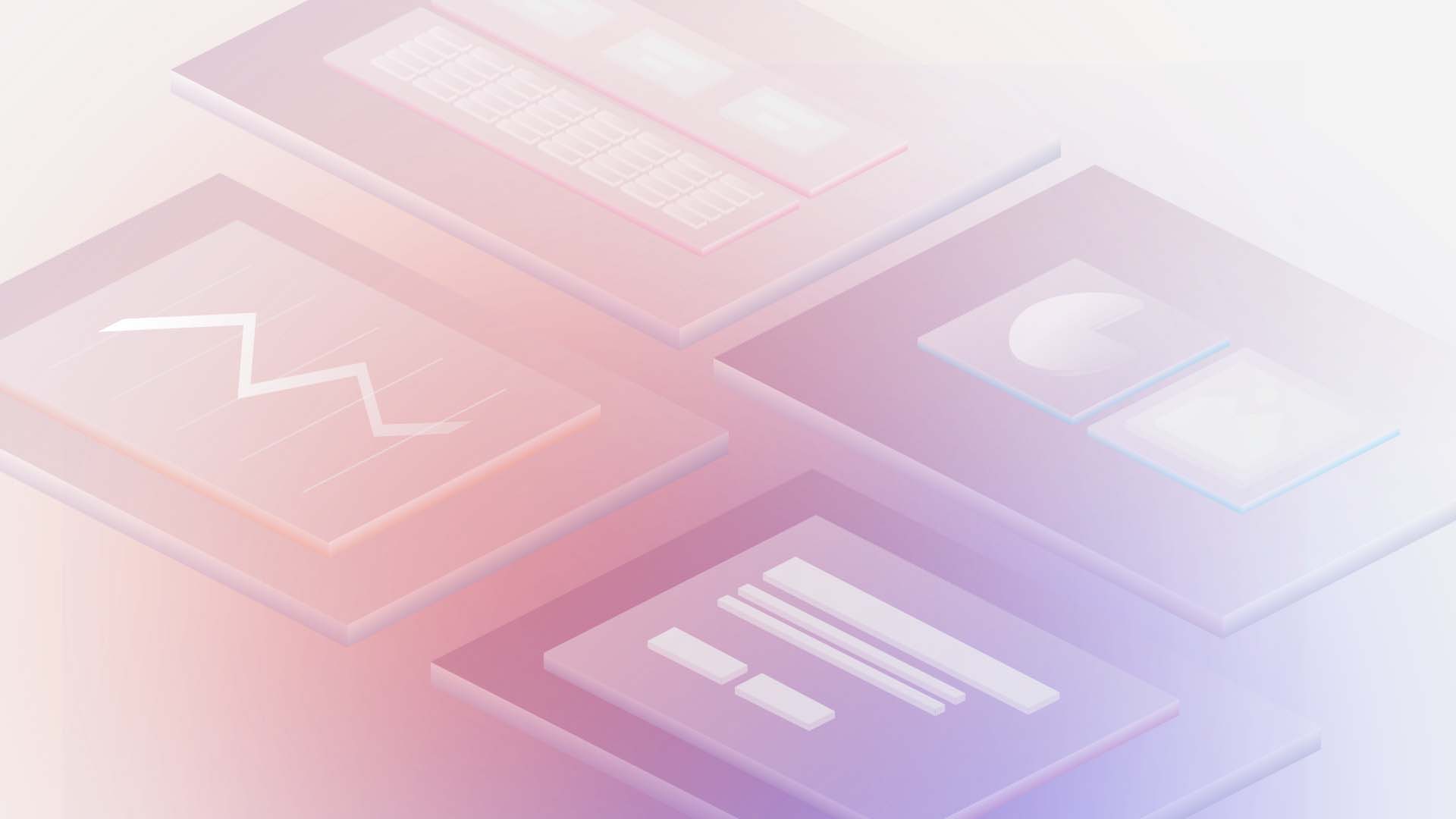 In this article, we will highlight four overarching types of websites that can encompass the versatile business landscape that you work in while honing in on a specific website purpose that meets your brand’s needs. 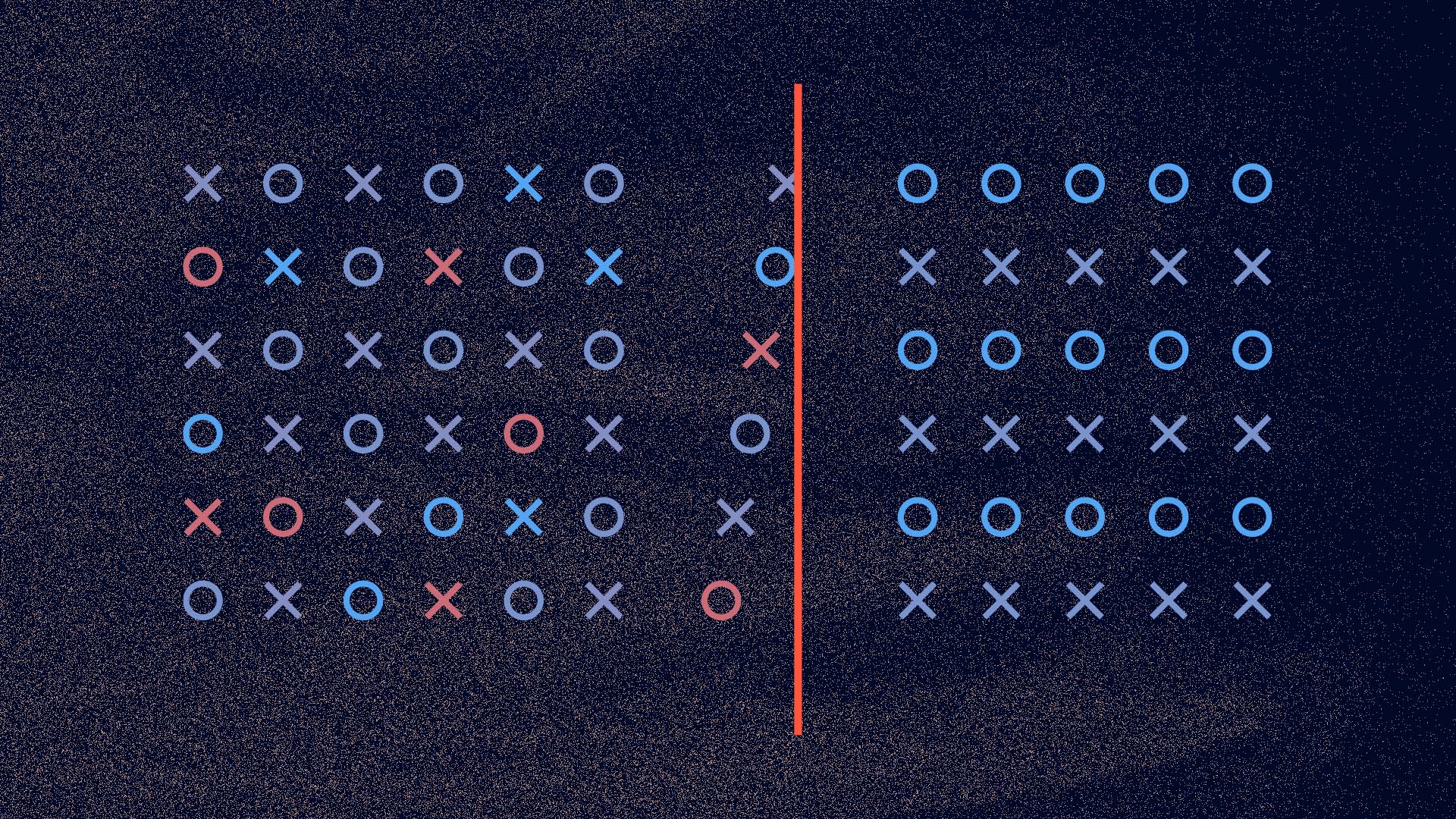 Not a form person? You can also just email us here:

Proudly based in Boston, MA